So what is a Charity? 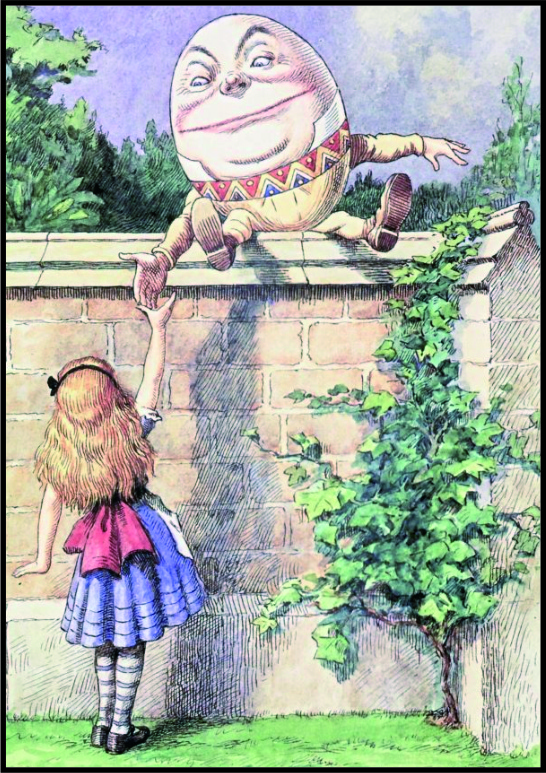 Or, as Lewis Carroll put it more eloquently in Alice’s encounter with Humpty Dumpty in “Alice Through the Looking Glass":

Humpty Dumpty smiled contemptuously. "Of course you don't—till I tell you.
I meant 'there's a nice knock-down argument for you!' "

“When I use a word," Humpty Dumpty said, in rather a scornful tone, "it means just what I choose it to mean—neither more nor less."

“The question is," said Alice, "whether you can make words mean so many different things."

“The question is," said Humpty Dumpty, "which is to be master—that's all."

With apologies to Lewis Carroll, who was clearly also familiar with the tendency of legislators to use words in idiosyncratic ways.

The following text is taken without alteration from the HM Revenue & Customs website
https://www.gov.uk/hmrc-internal-manuals/vat-charities-manual/vchar2000

What is a Charity?

You should not confuse the way in which a charity fulfils its objects with the charitable nature of the objects.   There is nothing to stop a charity charging a large amount of money for its charitable services.   Private hospitals, nursing homes and schools can have charitable status and may charge substantial fees.   They will normally be charitable organisations provided they are non-profit making ie there is no distribution of profits to shareholders.

The distinction between “trading” and “business” is a common source of confusion for charities.   A charity may consider very carefully the VAT aspects of their trading activities, but neglect to consider whether their charitable activities might also be “business” for VAT purposes.

When seeking advice charities will often refer to their “trading” activities.   It is important when responding that you do not use the term “trading” if what you mean to refer to are the charity’s business activities.

Charities may have a membership structure and the members may derive some benefits.   But usually it is a case of the body of members coming together to support work which is of benefit to the wider community.   An organisation which exists solely to benefit or further the aims of its members is not a charity.

The following paragraphs outline the status of some common organisations.

Sports clubs are not usually charities.   This is because the promotion of sport is not a charitable object in itself and such clubs usually exist to provide facilities for their members.

However, it may be possible for some sports clubs to be charities.   If the organisation has objects which are:

Under these conditions an organisation which exists to promote, for example, swimming to assist the rehabilitation of injured people might qualify as a charity.   Or the provision of sporting facilities might be ancillary to wider charitable objectives.   Also, certain umbrella bodies which exist to promote a sport and physical welfare in general might have charitable status as being for the benefit of the community.

Affiliation to a national charity

There are a number of organisations which exist to do good work but are not charities.   Many such organisations choose not be charities.   Charitable status brings with it many restrictions on the use to which funds can be put.   Some organisations prefer to retain freedom to spend money on non-charitable activities.

Charities that are advancing education are a benefit to the community.   The term “advancing education” includes not only the obvious purpose of schools and universities but also other activities of benefit to the public such as research or information services.   However, there are commercial organisations providing similar services and the main distinction between the commercial and the charitable organisation is likely to be the intention or not to make a profit.

Many private hospitals (ie non-NHS) and nursing homes are operated by charities.   Others may be profit-making commercial organisations.   NHS hospitals and NHS Trusts are Crown bodies for VAT purposes and are not charities.   However, such hospitals may have associated charities, leagues of hospital friends etc which exist to help and raise money for the hospital.   NHS Hospital managers and consultants frequently act as trustees of charitable Trusts founded to help the hospital in its work and funded from donations or bequests.   These charitable Trusts will usually have charitable status in their own right.

Charities freedom to engage in political activities is limited and they cannot have political objects.   They are constrained by law to reasonable lobbying to further their non-political objects.   The Charity Commission have set guidelines to specify what is and what is not acceptable.   Many political organisations operate along the same lines as charities.   For example they will engage in fund-raising and rely on volunteer support.   They will usually have a membership structure.   They are not charities because they pursue political objects; as do lobby groups, eg Greenpeace and Amnesty International.   (However, please note that some political organisations may set up a charitable foundation or trust which does not get involved in the lobbying.).

Despite the apparent complexity of the issues set out above, the status of an organisation is rarely a subject of dispute.
If there is doubt it is up to the organisation concerned to demonstrate its charitable status.

So What is a Charity?

As Humpty Dumpty puts it:  if you are powerful enough to be the "master" you can make the word mean what you want and it is up to everybody else to fathom out what it means, and act accordingly.

And if you are Humpty Dumpty, you can also make word NOT mean what you don't want them to mean to avoid doing things which would otherwise be illegal under the Charities Act.
For example:   you can make "Investor Bonds" NOT mean "Shares", and the payments of generous "interest" on those bonds from the charity's "surplus" income NOT mean paying "dividends" on the charity's "profits".
See the companion Charity Thought - Charity Bonds Raise £33M