The roles & responsibilities of charity trustees are defined by the Charities Act.
They are therefore a legal obligation on ALL charity trustees regardless of the size (ie: annual income) of their charity.

In many small charities the Trustees also do much of the day-to-day administration and management of their charity.
But even where Trustees are able to delegate some of the day-to-day management to volunteers or paid staff, the ultimate responsibility for ensuring that the charity uses it resources (financial, material & human) efficiently and effectively to deliver its charitable objects in compliance with the Charities Act remains with the Trustees.

In the commercial sector, the roles & responsibilities of company directors may vary according to their position and professional qualifications.
But in most charities all the trustees have collective responsibility for ensuring that their charity is run in accordance with its governing document and the Charities Act.   Some trustees will have delegated responsibilities - eg: the Chair for ensuring that meetings are properly convened and managed;  or the Treasurer for ensuring that the charity's finances are properly recorded and reported.   But that does NOT mean that they can make decisions which the Trustees as a whole do not agree with.   Nor can trustees excuse themselves from responsibility if, say, the Chair or Treasurer were to do something which was contrary to the Charities Act or, in the opinion of the Trustees as a whole, not in the best interests of their charity.

Some of the leaflets below deal with specific aspects of running a small charity which one Trustee is identified as "taking the lead".   But ALL Trustees should be aware of what is involved so that they can collectively monitor that those aspects are being managed properly.   AND they should not hide from calling the lead person to account if they feel that their charity is not being managed properly. 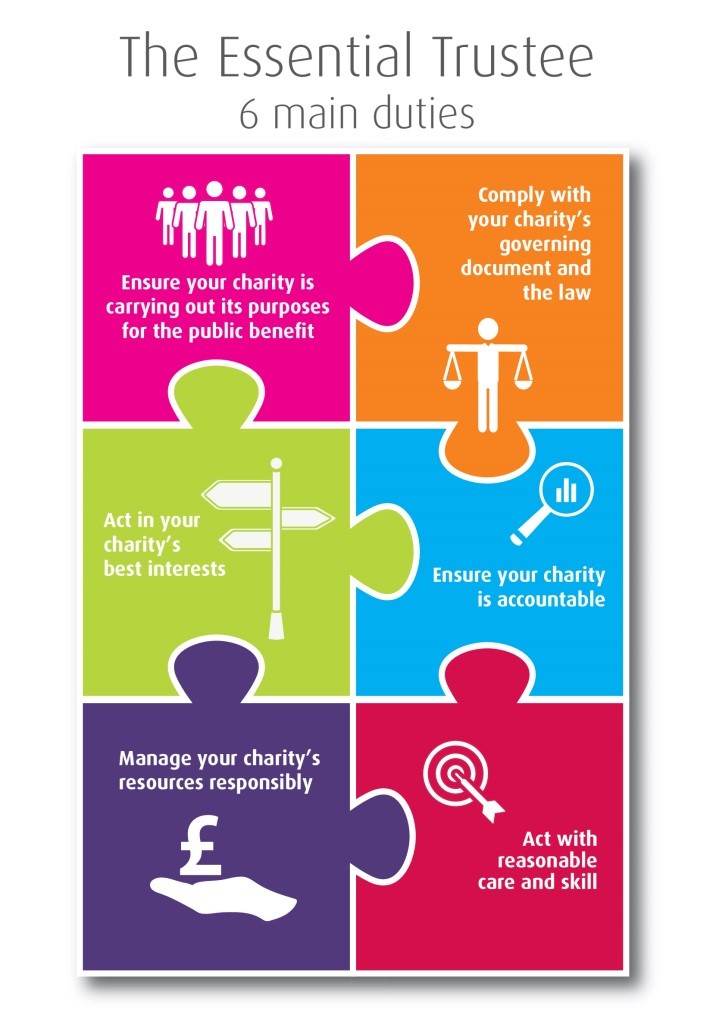 The Roles & Responsibilities of ALL Trustees

Typical Roles & Responsibilities of the Chair
{Including managing meetings}

Payments to Trustees (and connected persons)

Minutes {Recording discussions & decisions effectively}
A recent report from the Charity Commission illustrates the importance (and value) of ensuring that important decisions, and the justifications for taking them, are always fully recorded in the charity's minutes of meetings.

Planning an Effective Programme of Activities
Click on the link to go to a page on Programme Planning (called Business Planning in the commercial world) where there is:
• an introduction to Programme Planning;
• a basic, editable Programme Plan Template;
• and a basic editable spreadsheet for listing and monitoring the individual projects and tasks in the charity's programme; 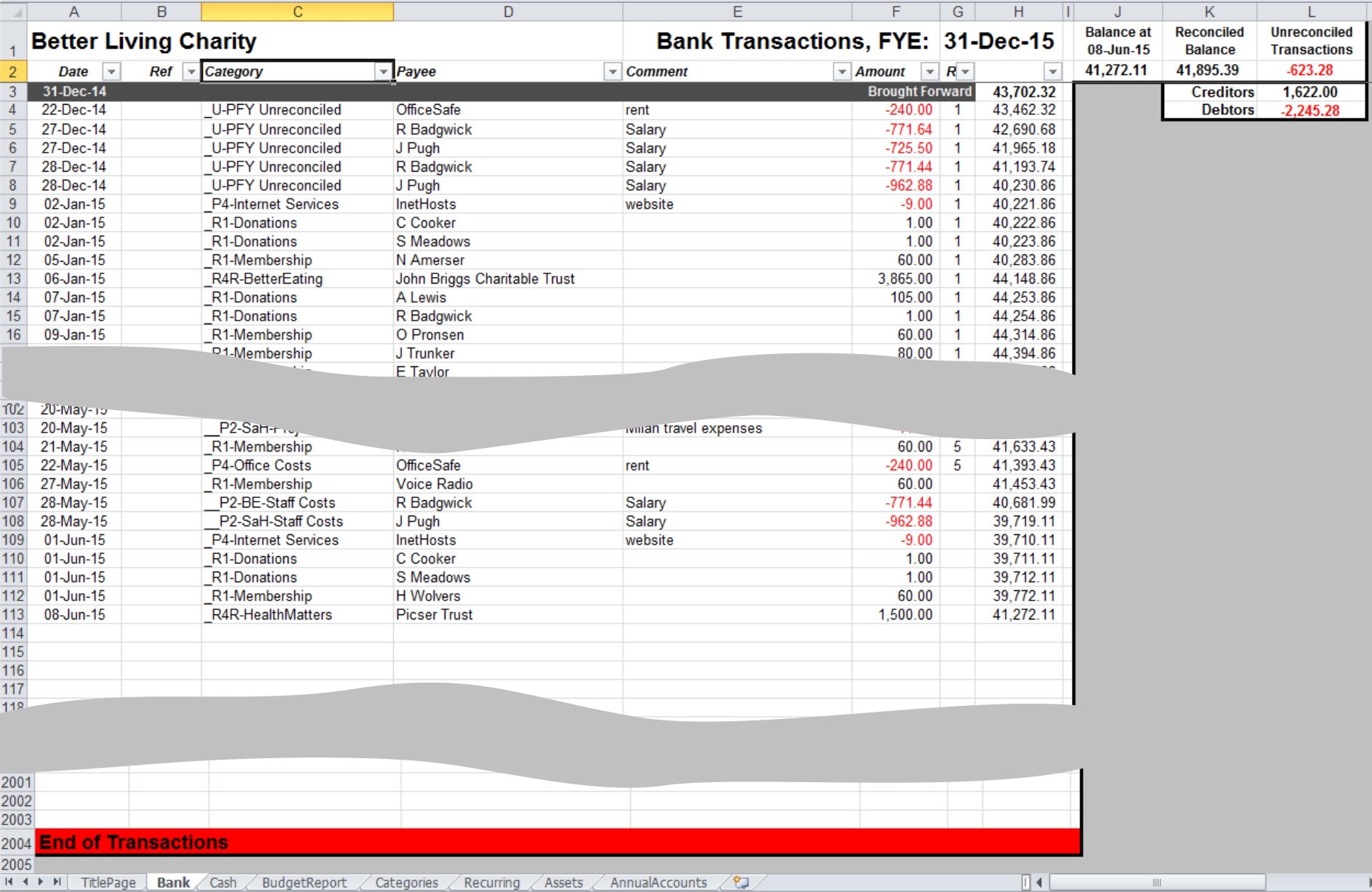 Takes you to a separate web-page with guidance on how to prepare and manage the finances of a small charity in accordance with Charity Commission requirements WITHOUT having to use complicated accounts procedures and professional accountants or financial advisors.
The web-page also include an example "open-source" spreadsheet for managing the accounts of a typical small charity which you can adapt to suit your charity's own particular needs - AND detailed instructions on how to adapt and use the spreadsheet.

Accounting Issues Facing Small Charities
This is not a standard Small Charity Support guidance leaflet but a PDF of the slides and accompanying speaker-notes for a webinar on the topic given by the Principal Trustee on 22-June-21 at the invitation of the Association of Charity Independent Examiners.
The webinar demonstrated how the typical non-accountant trustees can avoid common accounting issues.

Takes you to a separate web-page where you can find a range of 18 downloadable/editable example policies & procedures which you can adapt to your charity's own requirements.

Trustees should also be aware of the
Charity Commission's "5-Minute Guides for Trustees".

In November 2020 the Charity Commission released some new guides cover five key aspects of charity management - a ‘core syllabus’ covering the basics that the regulator expects all trustees to be aware of.

They explain the basics of:

This ‘gateway’ level guidance will make it easier and quicker for all trustees to check what is expected and to find more detailed information if needed.
You can find them on the Charity Commission website, or by clicking on the above links.